A Reminder To Live 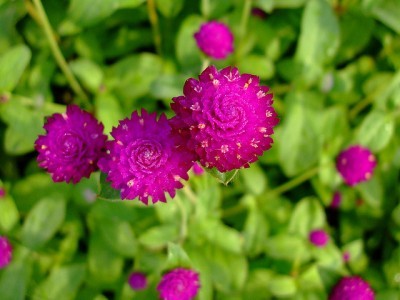 This morning  the inside of my mouth felt like a dry dirt road. I tried to taste something else, but it was too late. I sighed, attempting to digest what flashed on my iphone screen.

The facebook update jolted me.  I skimmed through my feed and one particular one caused my heart to pulsate. The impact of these particular words played in my mind like a chorus I wanted to forget: MRI found one tumor. Surgery and chemotherapy scheduled soon. My fingers pressed the profile page and in two seconds, I learned he is only thirty-two years old. I knew him in college and our paths crossed a handful of times. From his profile, I learned he has a family, a wife and and a daughter about three years old.

It was only seven in the morning and my day already felt long. My whole body felt heavy in one sudden instant.

I looked at my own husband. Poking him in the ribs, I said, “Are you awake?” He grumbled a bit and said, “I am now.” I told him what I’d learned and asked if he knew him. He remembered him because we all attended the same university. My husband deals with mortality on a consisent basis, often witnessing and pulling life support on the tiniest of souls. His reaction surprised me because his sigh mirrored my own.

All throughout the day, I kept checking updates on his page. Nothing changed. It read the same.

Later that day I learned of other unsettling, tragic news from my sister. It was of somone she knew in passing. On Sunday morning, two brothers decided to work on their car. They finished a minor repair on it, but the younger brother decided to check another part under the hood. As he worked beneath the car, it slipped, crushing him. His older brother attempted to rescue him, but the inevitable happened. He passed away. At age twenty-three.

Some moments it is too much to bear. The reminder that we are all fragile. That fate steers our individual course. The panolpy of emotions sometimes leaves me feeling exposed and vulnerable.

But it also unearths something else.

As I moved throughout the day, my focus lingered a little longer on the lilac colors of the purple bourgenvilla in our front yard. Since my husband had a day off, we decided to have lunch together, splurging on nachos and a brownie with ice cream. I laughed as I stole the last bite of the brownie savoring the chocolate goodness on my tongue. It was an insignificant reminder that there is so much to appreciate, only if you are willing to participate in the actual living.

All throughout the day, I thought about what I want to complete in my life. What I keep putting off. How I keep jotting down a million to-do’s but somehow things are left unfinished. We all have those goals, aspirations and that one thing or two things or ten things we really want to do. Sometimes we  jot them down, even creating bucket lists, but don’t actively pursue what hides in our souls.We stop living, even though we are alive.

As Mary Oliver says, “Tell me, what is it you plan to do with your one wild and precious life?”

What have you been putting off? Why? What do you want to do with this one wild and precious life? How do you deal with tragic news that happens to others? Does it make you appreciate your own life?

Welcome! I am a lawyer turned freelance writer, essayist, and editor. On staff at Literary Mama and the co-founder and co-editor of the literary journal, The Sunlight Press, my essays and reported work have appeared in The Washington Post, The Lily, Saveur, Civil Eats, Brain, Child, ESPN and elsewhere. I am currently at work on a memoir on grief and culture and how it provides perspective on life’s ordinary graces. I invite you to appreciate the ordinary with me. I hope my daily practice of seeing the magic in the mundane helps you celebrate and find more of these moments in your life too. END_OF_DOCUMENT_TOKEN_TO_BE_REPLACED