What Currency Do I Value? 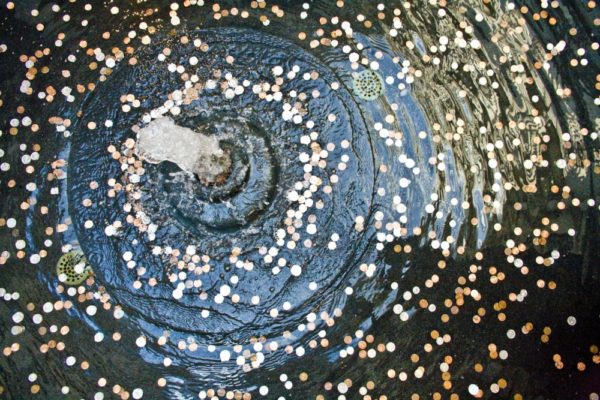 Last month I wrote a piece about how vulnerable I felt when an individual asked whether I made revenue as a writer. It exposed places of doubt, uncertainty and feelings of restlessness, but it pushed me to think about an important question: What currency do I value?

In my twenties, I equated earning money with success. My Asian background lended to this thinking. I lost count the number of times my father conveyed his story about only having $7.00 in his pocket when he immigrated to the United States from India. In the late 1960’s, he became the only man in his hometown of Dwarka to leave and embark on a journey to Dallas – all in the pursuit of a better life. This life meant pursuing an education and career opportunities that would lead to a comfortable lifestyle. For my father it meant working hard and never giving into laziness. The reward for this labor translated into making money to provide security for his family.

I took the lessons I learned from my father and snagged my first job at 16. I worked through college, graduate and law school. When I graduated from law school and earned my first “real” paycheck, I equated the numbers on the piece of the paper as a welcome of sorts, a feeling I had arrived. Money became a dominant currency. This perspective fueled an ambition to say one day, “I earn six figures.” Ultimately I learned the emptiness of this statement. As a lawyer, I worked endless hours, panicked at inopportune times while my blood pressure raced as I lived the “American Dream.”  In my late twenties, I learned money wasn’t the only currency that possessed an intrinsic value.

When my father became sick, my viewpoint on money altered dramatically. No amount of money would fix him. Revenue did help him receive treatments, but cash would not stop the cancer from moving through his veins. After he died, I asked, “What was the point of my ambition? What currency mattered the most?”

I am not dismissing money as important – I understand its value and know it affords visible and invisible luxuries. In midlife, though, I’ve learned to value other currencies. Since pursuing my writing, people have reached out to me, strangers as well as friends. I’ve had conversations with people I don’t know about difficulties they faced when losing a parent. It floors me. Every. Single. Time. A stranger will reveal his or her vulnerabilities, cry and say, “I chose to tell you because you get it. No one in my life understands my grief, but you do.” How do I quantify this praise? I can’t. Because it is invaluable. Others have expressed they’ve thought about their life differently because of something I’ve written. I get it. There are writers and artists I adore who do that to me too. All of the writing which impacts me, takes residence and alters my outlook for the better. Sometimes it feels uncomfortable and there are pains, contemplation and tears, but I’ve learned a truth about myself and the world.

There is currency we may dismiss because it is always present. Since my father’s passing and watching friends and family lose their ability to move, I don’t undervalue the currency of possessing the ability to breathe, walk, run and live my life. Youth is type of currency, but when you witness illness in your loved ones, you realize good health is the ultimate liquid gold.

When the individual asked me about revenue and writing, how could I convey my innermost thoughts to him? That money isn’t the only currency in which we measure our worth. That our salaries and vehicles and homes and jewelry and purses and shoes aren’t the only ways to say we exist. That what you earn doesn’t make you more or less of a person. I wanted to tell him all of the currencies we dismiss – we all have these places where the emotional revenue feels bigger, safer and offers comfort.

In retrospect, I am grateful he posed the question. It’s led to a reflection. Experiencing an uncomfortable feeling is an invaluable currency too.

Welcome! I am a lawyer turned freelance writer, essayist, and editor. On staff at Literary Mama and the co-founder and co-editor of the literary journal, The Sunlight Press, my essays and reported work have appeared in The Washington Post, The Lily, Saveur, Civil Eats, Brain, Child, ESPN and elsewhere. I am currently at work on a memoir on grief and culture and how it provides perspective on life’s ordinary graces. I invite you to appreciate the ordinary with me. I hope my daily practice of seeing the magic in the mundane helps you celebrate and find more of these moments in your life too. END_OF_DOCUMENT_TOKEN_TO_BE_REPLACED