When Do We Stop Trying? 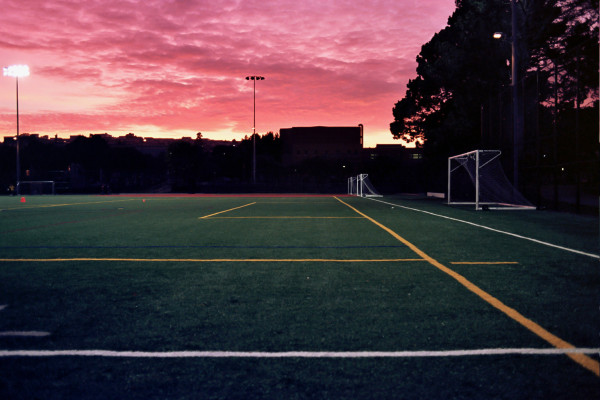 “A story is not like a road to follow … it’s more like a house. You go inside and stay there for a while, wandering back and forth and settling where you like and discovering how the room and corridors relate to each other, how the world outside is altered by being viewed from these windows. And you, the visitor, the reader, are altered as well by being in this enclosed space, whether it is ample and easy or full of crooked turns, or sparsely or opulently furnished. You can go back again and again, and the house, the story, always contains more than you saw the last time. It also has a sturdy sense of itself of being built out of its own necessity, not just to shelter or beguile you.” – Alice Munro

Yesterday morning I took my daughter to the park with another friend’s daughter. My husband and I sat down on a park bench, while two and three-year-old’s played Little League soccer behind us. There were young children running, sliding and ambling on the gray pavement and the grass. I watched as my daughter puttered around the playground moving from the monkey bars to the slides and eventually settling on the swings.

The chatter of the children, the warm sun hitting our faces and the upbeat bounce in the air created an aura of gratitude. We don’t often have the chance to go to the park, instead opting for activities like bike rides and tennis for our time outside. I decided to leave my phone behind so I could focus on the moment in front of me. As I witnessed the revelry around me, I saw a young mother dart to our bench, cradling her young son in her arms, while his older brother followed behind.

“Honey, it’s ok. Everyone gets a chance. You’ll have your shot.” The mother tried to console her son.

The young boy doesn’t respond, but instead buries his head in his mom’s jacket, like a groundhog going underneath the soil.

“Listen. You will have chance to get your goal too. All the boys and girls get a chance to shoot into the soccer net.” His mother remained calm, carefully pronouncing each word. Her even tone masked any irritation she might have felt with her son’s tears.

The older brother hedged forward and placed his arm around his younger sibling.

“Listen. You’ve got to try. How do you know you won’t be a champion if you don’t try? Just go and kick the ball.” I watched the older brother’s eyes get wide, his hands moving in the air and sensed the resolve in his belief.

With no response, the older brother tries again.

“Hey don’t you know . . . It isn’t really about losing or winning. It’s about trying. How are you going to know what happens if you don’t try?”

Those words lingered on the car ride home. As adults, I am unclear when the shift happens. When do we stop trying? As I get older, I learn this lesson over and over – it really isn’t about the outcome, but the process. Although I am intellectually attuned to this lesson, I am not always great at following and appreciating the ins and outs of the process. The truth is there are so many instances where giving up is a more palpable option than moving forward. And in some pursuits, there is a tendency to predict outcome even before you take a single step forward. We hinge too much on the word “success,” but these single word consists of varying definitions. By quarantining our efforts in this way, we sabotage ourselves.

But then what happens to the story we are trying to weave together when we decide not to try? We live in the world of would of’s and could of’s and shut ourselves out of the experience. I’ve always believed the world whispers to us in ways we don’t expect. Maybe the little boy wasn’t just talking to his little brother, but to me and the rest of the world. You have to give yourself permission to wander, to screw up and most importantly, to try.

Welcome! I am a lawyer turned freelance writer, essayist, and editor. On staff at Literary Mama and the co-founder and co-editor of the literary journal, The Sunlight Press, my essays and reported work have appeared in The Washington Post, The Lily, Saveur, Civil Eats, Brain, Child, ESPN and elsewhere. I am currently at work on a memoir on grief and culture and how it provides perspective on life’s ordinary graces. I invite you to appreciate the ordinary with me. I hope my daily practice of seeing the magic in the mundane helps you celebrate and find more of these moments in your life too. END_OF_DOCUMENT_TOKEN_TO_BE_REPLACED