I Will Never Forget This Advice 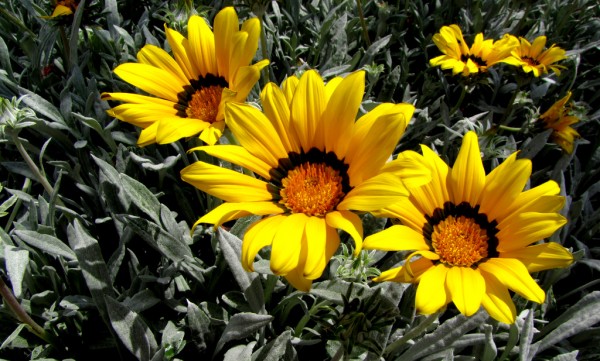 “I am Wally.” He introduced himself with an ease, even though he had never met any of us before. “It’s just me.” He said this to no one in particular. I intersected with him almost thirteen years ago while traveling on a bus through Europe. My husband and I were exploring the French countryside and we sat near Wally during our travels. He periodically looked at his watch and brushed his hair behind his ears. One time I caught him staring at the window as the bus passed by several rows of sunflowers. Each yellow piece of goodness looked fresh, its faces open with promise of something unknown to the viewer. I also noticed Wally and a single tear falling down his face. When he realized that I witnessed this private moment, he dismissed it by rubbing the palm of his hand on his face. As much as he tried, he failed to erase what I saw.

This unscripted moment startled me enough that at the next stop, we made an effort to sit next to Wally at a cafe during our travels. After exchanging some small talk, we asked Wally why he decided to take this trip. He confessed that this trip materialized only because he planned it with his wife, but she passed away a few years ago before they could travel together. He desired to take this trip as a tribute to her. I found his confession revealing. After his revelation, he ended with some advice. “Don’t wait. Do what what you want to do. Now.”

My feet are firmly planted in midlife. His advice, now, rattles with urgency. I physically mourn the loss of wasted time and the angst of it pierces my gut. Some windows are jarred shut, like those in a hotel room. As much as you may maneuver or reposition yourself to breathe fresh air, you realize this window will stay shut. “Don’t wait,” were words in my twenties, but now, the weight of them carry a different truth.

The reminders of time ticking forward are ones that I cannot ignore.  I see age spots on my face, my black hair is spiced with white, and sometimes in the morning my joints ache. I understand certain truths. The idyllic pastures of  green countryside are only in the movies. Coming to this realization, I know that as youth evaporates, truth emerges. Sometimes it hurts. Other times it may uplift.

As the kaleidoscope blurs motherhood, marriage, identity and ambition into unrecognizable shapes, I catch myself reflecting on Wally’s words. The days are filled with joy and sometimes sorrow, but in the quiet moments, I think about those sunflowers, a stranger named Wally and that one piece of advice, “Don’t wait.”

It is always good to be reminded.

Welcome! I am a lawyer turned freelance writer, essayist, and editor. On staff at Literary Mama and the co-founder and co-editor of the literary journal, The Sunlight Press, my essays and reported work have appeared in The Washington Post, The Lily, Saveur, Civil Eats, Brain, Child, ESPN and elsewhere. I am currently at work on a memoir on grief and culture and how it provides perspective on life’s ordinary graces. I invite you to appreciate the ordinary with me. I hope my daily practice of seeing the magic in the mundane helps you celebrate and find more of these moments in your life too. END_OF_DOCUMENT_TOKEN_TO_BE_REPLACED