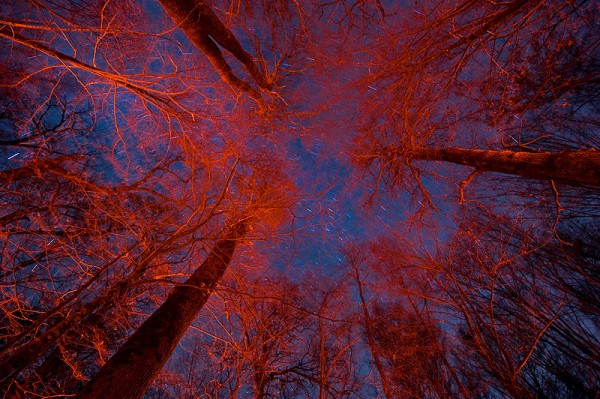 I became twenty again on Friday night. For just a moment.  Standing in the audience at the Tori Amos concert, I hummed the lyrics of some of my favorite songs like “Never Was a Cornflake Girl” and a “A Sorta Fairytale.” A mixed crowd filled the seats of the small auditorium. There were hipsters with heavy blue eye shadow and funky boots, older couples who probably first witnessed Tori in their twenties as I did and even some children that were accompanied by their parents. On stage, there were two things: Tori and her piano. In the audience, only silence as she played.

I first intersected with Tori at twenty-two. With her lyrical words, haunting voice and artful piano-playing, I identified her as one of my favorites. Something about her music and lyrics always hit me in the gut in a good way.

As she sang  “A Sorta Fairytale,” I thought about my twenty-year old self. The memory surfaced with immediacy. Those days were filled with studying, hanging out with my now husband and enjoying simple pleasures, like family dinners at home, quick trips to grab some ice cream or philosophical discussions with friends. That girl believed in fairy tales, certainty and absolute answers. I didn’t think about the grey too much because most of my answers fell into two solid colors. There were struggles, but corresponding solutions existed too. I thought that amassing degrees, chasing the corporate ladder and calling myself an attorney meant success. I never thought about changing courses or steering in another direction because that meant failure. I thought so much about myself based on how others interpreted my choices.

I realized now I didn’t know too much, but an additional twenty years needed to pass to acknowledge that truth.

My forty-year self aged a little witnessing Tori sing this past weekend. I thought about that idealistic girl in her twenties and how much has happened in the last two decades. Aging doesn’t necessarily give you more answers, but raises questions that you realize you aren’t prepared to answer. My current doesn’t believe in fairy tales, hypotheticals or black and white. I realize that we can spend years hiding from our truth and these authentic seeds may emerge in time of crisis. Learning that degrees, money and external trophies aren’t where progress exists for me personally, but in small wonders that sparkle in my ordinary. I feared the quiet in my twenties, but now it is place of refuge where I gather my thoughts and sometimes let them spill on the page or keep to myself. I care less about being out of the box or offering the politically correct reply and saying no to activities or people who I find limiting or toxic. I am learning to silence the noise that I create. And more importantly, I am learning silence is often the answer in the middle of noise.

Learning to grow less afraid of choosing a path that honors my internal is a way I am creating my sorta fairytale.

Image: A Gorjanci Fairy-tale by Borut Peterlin via Flickr

Welcome! I am a lawyer turned freelance writer, essayist, and editor. On staff at Literary Mama and the co-founder and co-editor of the literary journal, The Sunlight Press, my essays and reported work have appeared in The Washington Post, The Lily, Saveur, Civil Eats, Brain, Child, ESPN and elsewhere. I am currently at work on a memoir on grief and culture and how it provides perspective on life’s ordinary graces. I invite you to appreciate the ordinary with me. I hope my daily practice of seeing the magic in the mundane helps you celebrate and find more of these moments in your life too. END_OF_DOCUMENT_TOKEN_TO_BE_REPLACED