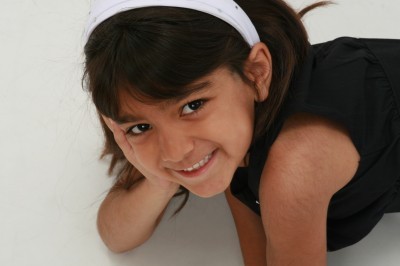 A year ago today my daughter lost her first tooth. Since last December, she’s lost five more teeth. And in less than a month my daughter will turn six.

Inside I wonder how long her innocent look at the world will endure. Right now, at this very moment, she believes in the Tooth Fairy. She tells me that her Tooth Fairy is the sister of  Tinkerbell and she flies in her room with magical powers and goodies while she sleeps. Last night she wrote down her Christmas list for Santa. She numbered each line carefully and asked the exact spelling of what she wanted so that Santa doesn’t have to hunt around for her wishes. For the last few years, we’ve placed cookies and milk at the door. In the morning she checks for crumbs. What she doesn’t know is that her father eats most of the cookies for authenticity sake.

I don’t know what I will do when she stops believing in the Tooth Fairy and Santa Claus. I love so much about this world of hers. The cries of happiness when she plays in the playground, the joy when she discovers how to spell a new word, and the stories that she writes. In her world, the best gift you can give someone is a drawing full of rainbows, the sun, the sky, and green grass. On little pieces of paper, she writes, “I love you Momma” and puts them on my desk. Sometimes, I admit, I take those notes for granted, but I know that years from now, I’ll remember the goodness of those words from her. Her worlds are so black and white and I dread the day when she must make decisions that are surrounded in grey.

Almost six. Although she is excited, I know too much. It means letting go.

Welcome! I am a lawyer turned freelance writer, essayist, and editor. On staff at Literary Mama and the co-founder and co-editor of the literary journal, The Sunlight Press, my essays and reported work have appeared in The Washington Post, The Lily, Saveur, Civil Eats, Brain, Child, ESPN and elsewhere. I am currently at work on a memoir on grief and culture and how it provides perspective on life’s ordinary graces. I invite you to appreciate the ordinary with me. I hope my daily practice of seeing the magic in the mundane helps you celebrate and find more of these moments in your life too. END_OF_DOCUMENT_TOKEN_TO_BE_REPLACED