The Uncertainty of Everything Else 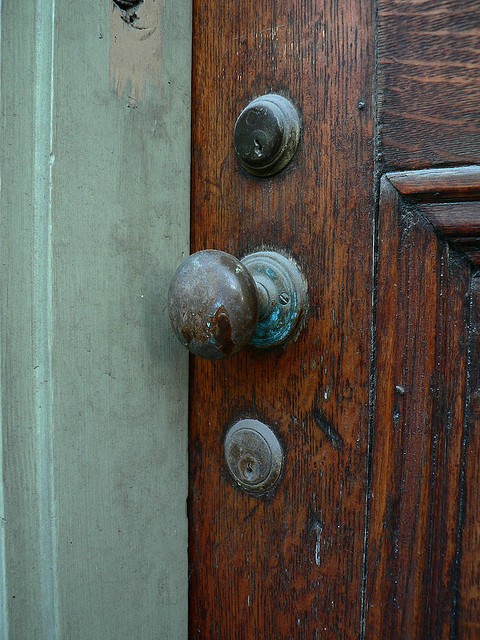 We helped my father die in home hospice. The oncologist said those words, the ones that are repeated in hospital rooms, in the middle of alleys and in the back of ambulances, “There is nothing more we can do.” With those seven words, we began participating in his limbo. He split his time between short bursts of energy, but walking the path of lifelessness. I sensed his fear and sadness. He slept in the middle of my old bedroom with a hospital bed and an oxygen tank that breathed air into his lungs. The room was given a pulse by the swoosh-swoosh came from the tiny machine in the corner. Despite this, my father still had one chief complaint, “I can’t breathe, Rudri. Is the oxygen machine still working?”

I said I would check on it, but I knew the futility of this endeavor. I didn’t want to tell him. Too scared to say, “Dad, your remaining lung is so diseased that you are suffocating to death. You are dying.” Although we understood what hospice meant, he failed to understand the gravity of what was happening. Part of his confusion was derived from hypoxia. He struggled to take deep breaths during his three weeks in hospice because he lacked the lung capacity to do so.

My mother, sister and I watched as something that we could not fathom took over his body. He could not breathe well. He could not sit up. He could not walk. He used a bed pan to relieve himself. He spent most of his time moving in and out of a very restless sleep. As he tried to navigate this uncertainty, we took on the roles of cook, nurse, caretaker and maid. We strived to make him feel comfortable, but I sensed that our efforts were not enough.

In the middle of this, I tried to understand his feelings and I thought of a passage that described his plight. Years ago, I read the short story, The Death of Ivan Ilych by Leo Tolstoy. Tolstoy wrote about a man who suffered from a terminal illness and his need to grapple with this new reality. One particular passage resonated with me because it aptly described what my father may have felt as he was dying:

“Morning or night, Friday or Sunday, made no difference, everything was the same: the gnawing, excruciating, incessant pain; that awareness of life irrevocably passing but not yet gone; that dreadful, loathsome death, the only reality, relentlessly closing in on him; and that same endless lie. What did days, weeks, or hours matter?”

We tried to cheer him up by offering him the comforts of a life that he once knew. I read him the paper and served him a cup of tea. My mother made his favorite childhood foods, like rice and dal. My sister tried to show him various YouTube clips of comedy shows to incite some laughter. When we did these things, I detected his ambivalence and detachment to what we were trying to do. We wanted to forget, but he could not. Our desire centered around a focus on normalcy, but it didn’t matter. These little acts only magnified the futility of the situation.

Midway through his hospice journey, a doctor visited him. Her examination led her to the opinion that he may have weeks or months ahead languishing in the same nonexistent state. Her words hit like a tornado in my body. How could he carry on like this for months? How could we watch his demise for so long? But I knew that doctors are not predictors of death, although we give them that credit. They offer their best guess or estimation, but much of it is shooting bullets in the dark. Her prediction proved wrong.

The next day my father developed a rash. At first glance, I thought he burned himself with his permanent companion, the heating pad he used to stave off the internal pain he felt in his lungs. On a more thorough glance, his blistered rash indicated shingles. The irony was that his cancer numbed so much of his body that he felt no pain from it. A week and a half later he passed.

It was Sunday evening, around 10:00 p.m. at night. My sister called and said he had no blood pressure and I raced from my apartment to my childhood home, driving at a frantic pace. So many thoughts crawled in my head. I never thought my non-smoking father would develop lung cancer. I never thought the man who walked three miles a day would not be able to walk to the bathroom. I never thought his final breath would be one where he suffocated to death. I never thought I’d be part of his care taking team in hospice.

A faint odor emanated from my childhood room. A mixture of several distinct smells hit me at once: a Glade plug-in of vanilla, latex and a body that was deteriorating. My hand reached for the door. I cusped the knob with my grip and the cold metal provided an instant wake-up call. Walking in, I screamed when I saw my lifeless father.

I never thought that this day would come, where I faced the certainty of his death, but the uncertainty of everything else trying to swallow me whole.

This piece originally appeared on the First Day.

Welcome! I am a lawyer turned freelance writer, essayist, and editor. On staff at Literary Mama and the co-founder and co-editor of the literary journal, The Sunlight Press, my essays and reported work have appeared in The Washington Post, The Lily, Saveur, Civil Eats, Brain, Child, ESPN and elsewhere. I am currently at work on a memoir on grief and culture and how it provides perspective on life’s ordinary graces. I invite you to appreciate the ordinary with me. I hope my daily practice of seeing the magic in the mundane helps you celebrate and find more of these moments in your life too. END_OF_DOCUMENT_TOKEN_TO_BE_REPLACED