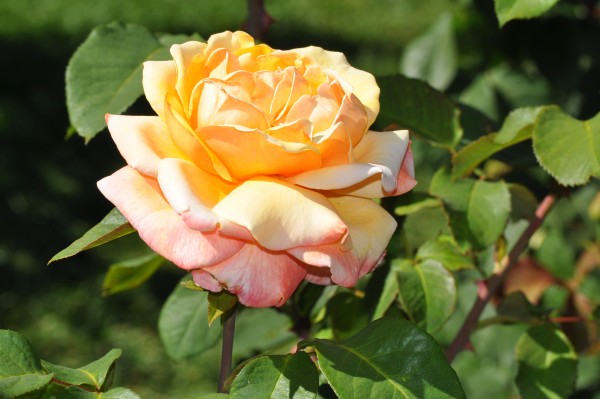 There are things you can’t reach. But  you can reach out to them, and all day long. The wind, the bird flying away. The idea of god.  And it can keep you busy as anything else, and happier.  I look; morning to night I am never done with looking.  Looking I mean not just standing around, but standing around  as though with your arms open. — Mary Oliver

My love for poetry arrived late in life. In my youth, Shakespeare’s words felt hollow because I read his sonnets and poems like an assignment. Walt Whitman’s Leaves of Grass, John Milton’s Paradise Lost, and Edgar Allan Poe’s The Raven seemed equally difficult to grasp. Cooped up in the middle of my room, I studied the passages, read them over and over again, and then gave up. Knowing that I missed something, I attempted to open up to the pages again, studied the stanzas and tried to reflect on the meaning behind the words. Several times, I heard the word “classic” bantered around, either by my English teacher or in the introductory paragraph to the poem. The use of this particular word created a mix of panic and questioning. What was I missing? Why couldn’t I understand what these poems meant? Why were they out of my reach?

After my senior year of English in high school, the study of poetry became a rite of passage I endured, but didn’t enjoy. The days of shifting through hundreds of poems and reciting Shakespeare’s To Be Or Not To Be, got buried like items in a junk drawer. While pursuing my political science degree as an undergrad, my intersections with poetry were minimal. Instead, I read Rousseau, Hobbes and Locke and studied the origins of government and political theory. When I did carve out time for some recreational reading, I picked short stories, from authors like Raymond Carver and Flannery O’Connor. My reading selections centered on novels that did not require interpretation, but page-turners, where the language did not leave much to interpret. I did not want to dissect the writing, but desired an escape.

By my mid-thirties, I began to revisit poetry again. It started with Rilke. As a teenager, I kept a maroon-bound book of Letters To A Young Poet in my nightstand. Going through his work felt less challenging, and I remember copying various passages in my journal to gain an understanding of the texture of his words. When I pulled out Rilke again, as a woman, my eyes gravitated toward this particular passage:

“Have patience with everything that remains unsolved in your heart. Try to love the questions themselves, like locked rooms and like books written in a foreign language. Do not now look for the answers. They cannot now be given to you because you could not live them. It is a question of experiencing everything. At present you need to live the question. Perhaps you will gradually, without even noticing it, find yourself experiencing the answer, some distant day.”

Reading this passage again, I connected with the words in a different way than in my youth. I brought my experiences into the words. Undergoing certain events, like marriage, the birth of a child and the loss of a parent, gave a deeper meaning to the phrase, “Live the question.” Reacquainting myself with Rilke, I started exploring other poetry. Mary Oliver, Naomi Shihab Nye, David Whyte, and Rumi held a new kind of appeal. When I read certain passages, an invisible force conjured up various experiences in my life. Sometimes I felt surprised; other times, I felt less alone, comforted like a baby who listened to her favorite lullaby. Certain poems pushed me into the present, while others allowed me to honor the past. But always, I am poised to reflect.

They aren’t just words I memorize, but now they add a deeper meaning to my own personal landscape.

It is place I can reach.

This piece originally appeared on The First Day.

*April is National Poetry Month. Check out ways to commemorate this month by visiting Poets.org.

Welcome! I am a lawyer turned freelance writer, essayist, and editor. On staff at Literary Mama and the co-founder and co-editor of the literary journal, The Sunlight Press, my essays and reported work have appeared in The Washington Post, The Lily, Saveur, Civil Eats, Brain, Child, ESPN and elsewhere. I am currently at work on a memoir on grief and culture and how it provides perspective on life’s ordinary graces. I invite you to appreciate the ordinary with me. I hope my daily practice of seeing the magic in the mundane helps you celebrate and find more of these moments in your life too. END_OF_DOCUMENT_TOKEN_TO_BE_REPLACED