The Long Corridor of Uncertainty 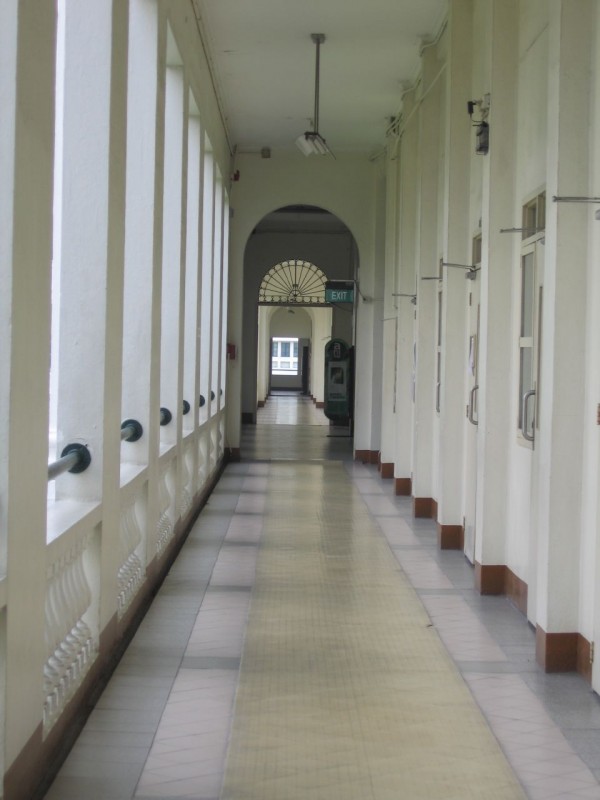 For the last 2 weeks, “Be kind,  for everyone is fighting a hard battle,” repeats in my ear in surround sound.

These same words echoed as I stepped on the extended sidewalk near our local hospital. In the periphery, I saw a mother and her young adult son sitting on a brown bench. A headband swept the mom’s thick black hair away from her forehead and her lipstick smeared outside the lines of her mouth. Her son sat  in a wheelchair next to her; his bald head revealed his battle. I paused for a second, bracing myself for the tunnels inside the hospital. They are visible walkaways, but so much of what they harbor is buried underground.

The sliding doors opened. My relationship with these metal gateways pulsed with ambivalence. In the lobby, a polished black grand piano greeted me. I heard the keys play a soothing tune and smelled the hot coffee brewing in the air. My senses did a double take. I asked under my breath, “Am I in a hospital?” Hospitals always try to create an aura of normalcy with the conveniences that the outside world enjoys: a Starbucks nestled in the hallway as you find your way to the elevator, a gift shop that sells flowers and cute keychains and in a small corner a postal center to send out your mail.

There is an inclination to sink into the facade because it is safe and familiar. If you pay attention, you realize that truth bellows in the underbelly of a hospital. As I walked through the corridor, various smells and sights become my companion. A putrid smell of disinfectant and latex gloves lingered in the air. In two minutes, I saw a young woman with the various tubes in and out of her body rushed to the elevator, another young girl, with red frizzy curls standing outside a room and a group of doctors smiling and laughing, betraying the real reason why they sauntered the hallways.

As I walked from room to room, I saw patient’s rooms filled with emptiness. I dismissed this wave of loneliness by making excuses by thinking a friend or family member probably visited earlier. In waiting rooms, groups of people clustered in various places, anticipating and hoping, while the electric current of anxiety registered in their restless shuffling. A pulse of uncertainty felt palpable.

That feeling lingered hours after I visited a friend in a room at the corner of the corridor in the hospital. It is hard to reconcile the uncertainty with the blanket of cheer that exists everywhere. Christmas trees with bright lights, red and green ribbons accessorizing light poles and smiling elf decor hanging outside of a department stores. I try to push back and smash the rise of sadness that creeps into those moments that I am not staring at the carefully placed splatters of joy.

In the last week, I’ve struggled with trying to balance the heavy grip of uncertainty that threads through my ordinary days. In the last week, I learned of a healthy friend’s sudden stroke and an acquaintance’s untimely death. Simultaneously, I witnessed exuberant celebrations of twin boys who turned one and  of an adorable little girl who also marked the same milestone. It all happens at once, these waves of uncertainty, speckled with goodness that comes in certain bursts that can be unexpected or expected.

How do you reconcile the two conflicting extremes that you witness everyday? I don’t know. I do realize that the walk through that corridor is long and uncertain and we continue to reach for sparkles of goodness that propel us to move forward. For me it means trying to carry a small pocket of kindness, not knowing what a person’s battle may be, but realizing that there is one. For me. For you. For all of us.

Welcome! I am a lawyer turned freelance writer, essayist, and editor. On staff at Literary Mama and the co-founder and co-editor of the literary journal, The Sunlight Press, my essays and reported work have appeared in The Washington Post, The Lily, Saveur, Civil Eats, Brain, Child, ESPN and elsewhere. I am currently at work on a memoir on grief and culture and how it provides perspective on life’s ordinary graces. I invite you to appreciate the ordinary with me. I hope my daily practice of seeing the magic in the mundane helps you celebrate and find more of these moments in your life too. END_OF_DOCUMENT_TOKEN_TO_BE_REPLACED