Cliched, but True: You Really Can’t Judge a Book by Its Cover 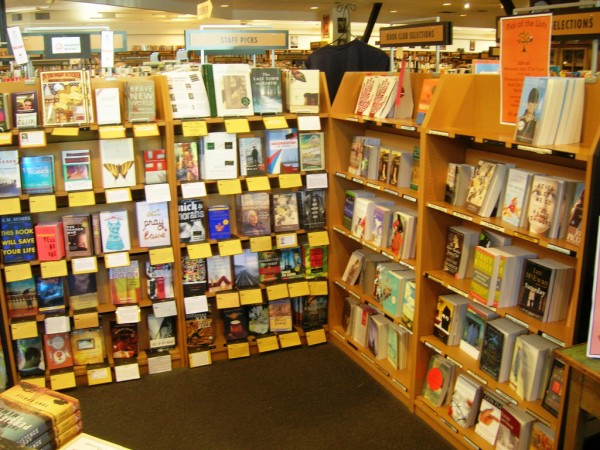 This past weekend I watched a segment on CBS Sunday Morning that highlighted book clubs. Malcolm Mitchell is a star football player for  the University of Georgia and he intersected with a woman named Kathy at a local Barnes & Nobles. Kathy is a middle-aged Caucasian woman, while Malcolm is a twenty-year-old African-American. But these facts did not stop these two from becoming friends. Kathy did not know about Malcolm’s football career and extended an invitation to him to join her book club. Malcolm readily agreed and for the last year  he’s participated in discussions with women who are almost 20 years older than him. He is the only male in an all-women group. He confessed that some of the book selections were reads that he may have never picked up in the past, but he still enjoyed the camaraderie and discussion.

I reflected on his story and contemplated my own experiences with book clubs. Over the years, I’ve been a part of many book clubs. Some were short-lived, others lasted for some time and then eventually fizzled.  I even chaired a book club that failed after a few months. Despite the trials, I’ve never regretted participating in any of these past discussions on books. In my current book club, I am the youngest member by almost twenty years. We meet every month and rotate hosting duties. We make homemade meals and the ladies are always considerate of my vegetarianism. Over coffee and dessert, we’ve discussed books, writing, and share stories about our personal lives. There is a level of intimacy that people reveal when discussing books that might not be replicated in other conversations.

I’ve learned to embrace other ideas and thoughts through book clubs. And this forum is an important part of my life. I realize as adults because of work responsibilities, children and other required commitments, we sometimes cease to learn about new concepts or ideas. Not only does my book club provide a place for banter and socializing, but over the course of the last few years I’ve learned about the butterfly migration in Barbara Kingsolver’s Flight Behavior. Reading Under the Starry Night by Nancy Horan, I gained a new appreciation for the writer Robert Louis Stevenson and the trials that he faced with illness and art.  Space exploration books fail to interest me, but I read The Astronaut Wives Club and understood a viewpoint that I didn’t consider before – What is it like to be an astronaut’s wife? This is only a brief snapshot of what I’ve learned from participating in book club discussions. I know that many of the recommendations I would not even consider if the title popped up on an on-line search or when I perused the aisles of a book store. But, despite my initial disdain, I’ve grown to love certain books that were chosen by others.

The book clubs that failed or fizzled also had learning lessons. Sometimes people take discussions too personally and are unable to move beyond hurt feelings. Others might manipulate an entire conversation with their viewpoint and not allow others to share their opinions. Book choices might be underwhelming for some and so they rather spend their time reading or discussing other books. The dynamics of running and participating in a book club are more tenuous than people think.

If you find a group that works, though, the conversation and camaraderie can lend to a fulfilling experience.

Do you participate in book clubs? What are great book club recommendations? Would love to hear from you.

Image: “What book clubs are reading in Seattle” by J Brew via Flickr

Welcome! I am a lawyer turned freelance writer, essayist, and editor. On staff at Literary Mama and the co-founder and co-editor of the literary journal, The Sunlight Press, my essays and reported work have appeared in The Washington Post, The Lily, Saveur, Civil Eats, Brain, Child, ESPN and elsewhere. I am currently at work on a memoir on grief and culture and how it provides perspective on life’s ordinary graces. I invite you to appreciate the ordinary with me. I hope my daily practice of seeing the magic in the mundane helps you celebrate and find more of these moments in your life too. END_OF_DOCUMENT_TOKEN_TO_BE_REPLACED