Kindess and Competition: Women Can Get Along 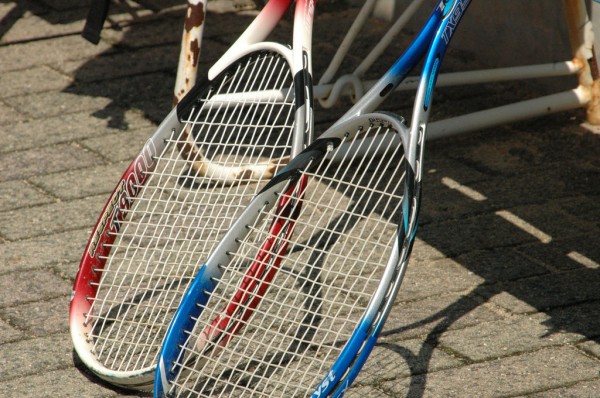 She fell on the court, sobs mixed with smiles. As our family watched Serena Williams move toward her 18th grand slam victory, my daughter noticed tears in the corner of my eye. “Momma, are you crying?” she asked.  “No, I am not crying. Don’t be silly.” I tried to wave off the sentimentality I felt about Serena winning, but I’ve always admired people who dedicate themselves to one particular endeavor and continue to pursue it despite the obstacles. It takes a special kind of grit to really move through that process.

While watching Serena and her opponent, Caroline Wozniacki, give their respective speeches, I learned a new important fact. Caroline and Serena are good friends. Caroline in her closing remarks, said, “Well, you know who is going to buy drinks tonight?!” The crowd responded with laughter. Serena admitted that she enjoyed her friendship with Caroline and that she often texted her everyday. They obviously admired each other, not only for their tennis skills, but as friends.

I started questioning why, before this point, I did not hear more about their friendship. Why wasn’t this profiled? I am certain if some off-court drama brewed, the portrayal of their relationship might be different or the media might highlight their discord. I learned that both rarely mention tennis when they hang out socially and when they meet on the court, they are competitors. Witnessing their relationship, it brought to mind, the essay by the acclaimed writer, Roxane Gay, “How To Be Friends With Another Woman.” Powerful words from a writer whose first line of her essay states, “Abandon the cultural myth that all female friendships must be bitchy, toxic, or competitive. This myth is like heels and purses — pretty but designed to SLOW women down.”

As I watched Serena and Caroline smile, I felt Gay’s words resonate. And I hope to teach this to my daughter. A few weeks ago she said  that girls could be hard and that boys never fight. I told her it  doesn’t have to be that way. There are ways to make female friendships thrive as Caroline and Serena demonstrated on Saturday night. Serena, in fact, did buy those drinks for Caroline and they took a photo together at a bar after playing as competitors only a few hours before.

Women can be kind, strong and yes, good friends, too.

Welcome! I am a lawyer turned freelance writer, essayist, and editor. On staff at Literary Mama and the co-founder and co-editor of the literary journal, The Sunlight Press, my essays and reported work have appeared in The Washington Post, The Lily, Saveur, Civil Eats, Brain, Child, ESPN and elsewhere. I am currently at work on a memoir on grief and culture and how it provides perspective on life’s ordinary graces. I invite you to appreciate the ordinary with me. I hope my daily practice of seeing the magic in the mundane helps you celebrate and find more of these moments in your life too. END_OF_DOCUMENT_TOKEN_TO_BE_REPLACED