Bearing Witness To A Beginning 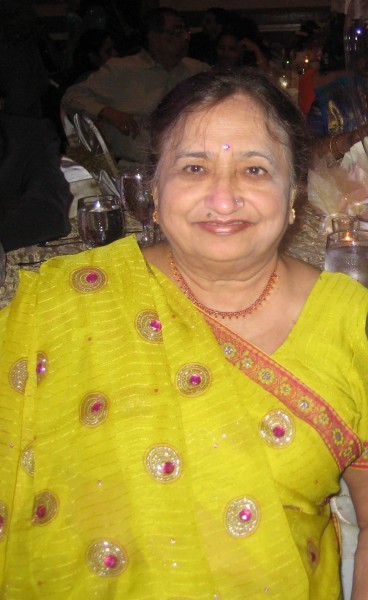 I am surprised and humbled by mother’s strength. Late in life, she is beginning again.

My mom, for the last four months, is living independently in her own apartment. And for those who don’t know her, this may not seem like an extraordinary feat. But it is. In so many ways. My mom married when she was 21 years old. After living with her parents all her life, she became a wife and mother. In doing so, she never had an opportunity to live on her own. She was married to my father for almost 48 years and lived with him. After his passing, she couldn’t bear to live in their house without him. I don’t think she ever contemplated a life without my father in it. For the last three years, she bounced from our home in Arizona to my sister’s apartment in Dallas. Desperately trying to find her footing, I sensed she wasn’t completely happy with either option.

Early last year, my mom started talking about living on her own. I, to be fair, wasn’t a believer. I thought the transition would be hard, but she has embraced it with complete abandon. In the last few weeks, she calls and tells me about her daily happenings. Last week, she said she made some new friends and had them over for coffee and cake. For most of her life, her friends have been exclusively Indian. Now, she’s got friends that span the globe, from Brazil to Japan. Everytime I hear her voice, there is an excitement that hasn’t echoed in my ears for the last few years. She’s beginning again. Participating in exercise classes, listening to a live symphony, and even attending a local Greek Festival. I often joke with her and say, “Mom, your social calendar is much busier than mine.” She laughs and I can sense the genuine contentment over the phone.

I am certain there are several moments that my Mom misses my Dad. But what I also know is that my Mom has chosen not to dwell on what is not. She’s always taken adversity in her life and tried to make the best of it. There is a quiet strength that she possesses and I am only starting to appreciate it.

Thanks Mom for teaching me that it is never too late to witness a beginning. I am so proud of you.

Welcome! I am a lawyer turned freelance writer, essayist, and editor. On staff at Literary Mama and the co-founder and co-editor of the literary journal, The Sunlight Press, my essays and reported work have appeared in The Washington Post, The Lily, Saveur, Civil Eats, Brain, Child, ESPN and elsewhere. I am currently at work on a memoir on grief and culture and how it provides perspective on life’s ordinary graces. I invite you to appreciate the ordinary with me. I hope my daily practice of seeing the magic in the mundane helps you celebrate and find more of these moments in your life too. END_OF_DOCUMENT_TOKEN_TO_BE_REPLACED