The Power of Seven Dollars 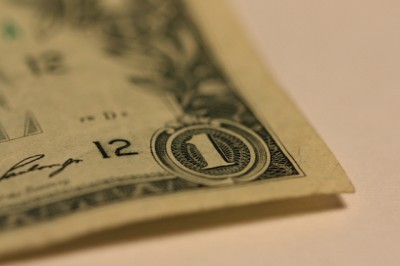 His feet walk barefoot on the gray gravel of the streets of Dwarka, India. He feels the crumbs of the revelry of last night. Glancing down, he feels a ribbon slither in between his toes. The crunch of the badam seeds and peanuts graze the streets like they aren’t trash but have a special place on the cement. The walk to school is almost two miles. It becomes easier because he repeats the following significant sentences: The capital of New York is Albany, the capital of Illinois is Springfield, and the capital of Texas is Austin. This knowledge empowers him. And it is at this moment he realizes that he must escape the gravel, the barefoot existence, and he must travel from India to the United States.

No longer a young boy, he stands in line at the Indian visa office for his paperwork. These few sheets of crisp white eye him, while the government officer  yells “Approved!,” not in his native tongue of Hindi, but in English. He wants to say, “Thank You,” but even though he forms the words in his head, he cannot make a sound. Grabbing the paperwork before the office changes his mind, he walks out the door and tries to plan his next step on how he will reach his final destination of America.

As a thirty-five year old man, he has made some friends who share his dream. One of his closest friends agrees to sponsor him and pay for his ticket to the United States. He converts all of the money he has saved. The total amount he carries with him as he boards the plane amounts to seven dollars.

I sit in my office as I drink my coffee. I overlook the sun’s horizon outside my window and the view the swirl of colors in the desert, pinks-blues-purples. The cactus spikes glow in the light, while the bouganvilla fuschia complement the gravel in the yard.

I reflect on my space and where I live. And how a young boy’s vision of coming to America gives meaning to my own existence.

I will never forget the power of those seven dollars that my father carried in his pocket.

Welcome! I am a lawyer turned freelance writer, essayist, and editor. On staff at Literary Mama and the co-founder and co-editor of the literary journal, The Sunlight Press, my essays and reported work have appeared in The Washington Post, The Lily, Saveur, Civil Eats, Brain, Child, ESPN and elsewhere. I am currently at work on a memoir on grief and culture and how it provides perspective on life’s ordinary graces. I invite you to appreciate the ordinary with me. I hope my daily practice of seeing the magic in the mundane helps you celebrate and find more of these moments in your life too. END_OF_DOCUMENT_TOKEN_TO_BE_REPLACED